Infiltration tactics in Laser Tag means that small part of your team attacks some enemy’s critical facility from the backside or penetrate some enemy weak points for cutting of this object from the main forces. The main goal of such tactics is to isolate some critical object or some secondary heavily defended position from the main assaulting object. For example, if the main assaulting object is some large building and it has some small building near it, you can assault small building first and fire on the main building from captured secondary building. 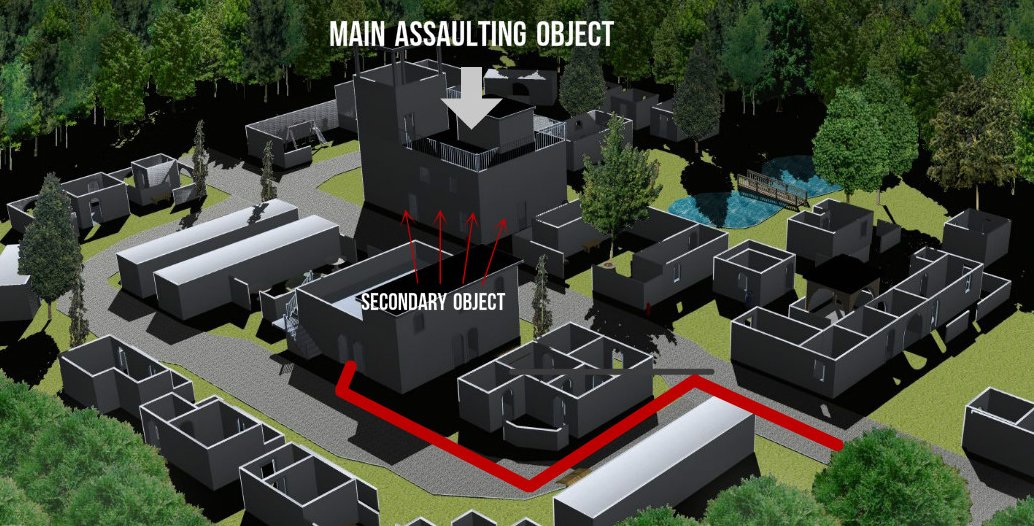 So, the main goal is to get some strong points or shelters that are close to main assaulting object, get new points of attack reduce the opposite team possibilities to control some critical territory and launch counterattacks.
Getting such strong point make breaches in entire enemy line for mass attack of main assaulting forces for massive breakthrough.